Recent studies have shown that IL-6, a protein produced by various cells in the body, is a key factor of hair loss as it induces DHT formation in hair follicles. DHT is the cause of hair follicles miniaturising, which leads to weak hair that will eventually fall. The restraining of IL-6 Levels in the body has shown a decrease in hair fall.The new Svenson Follicells Growth Activator 55 was specifically formulated with a potent mix of 55 beneficial amino acids to do just that - decrease IL-6 formation by 50% in hair follicles cells, leading to healthier stem cells for thicker, denser hair growth. 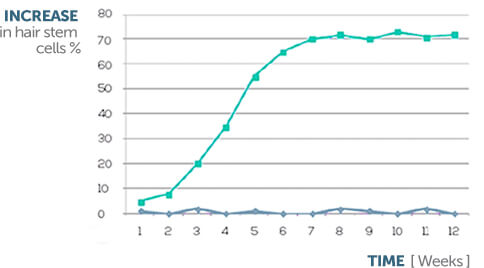 *Results may vary from person to person.
Source: Pharma Hemetic